Rabbits, Dogs, Cats…Can a whole food chain live happily ever after? I think so. Sort of.

I have to preface this with the fact that with only a few exceptions, I don’t leave the house with them all running together. But, while 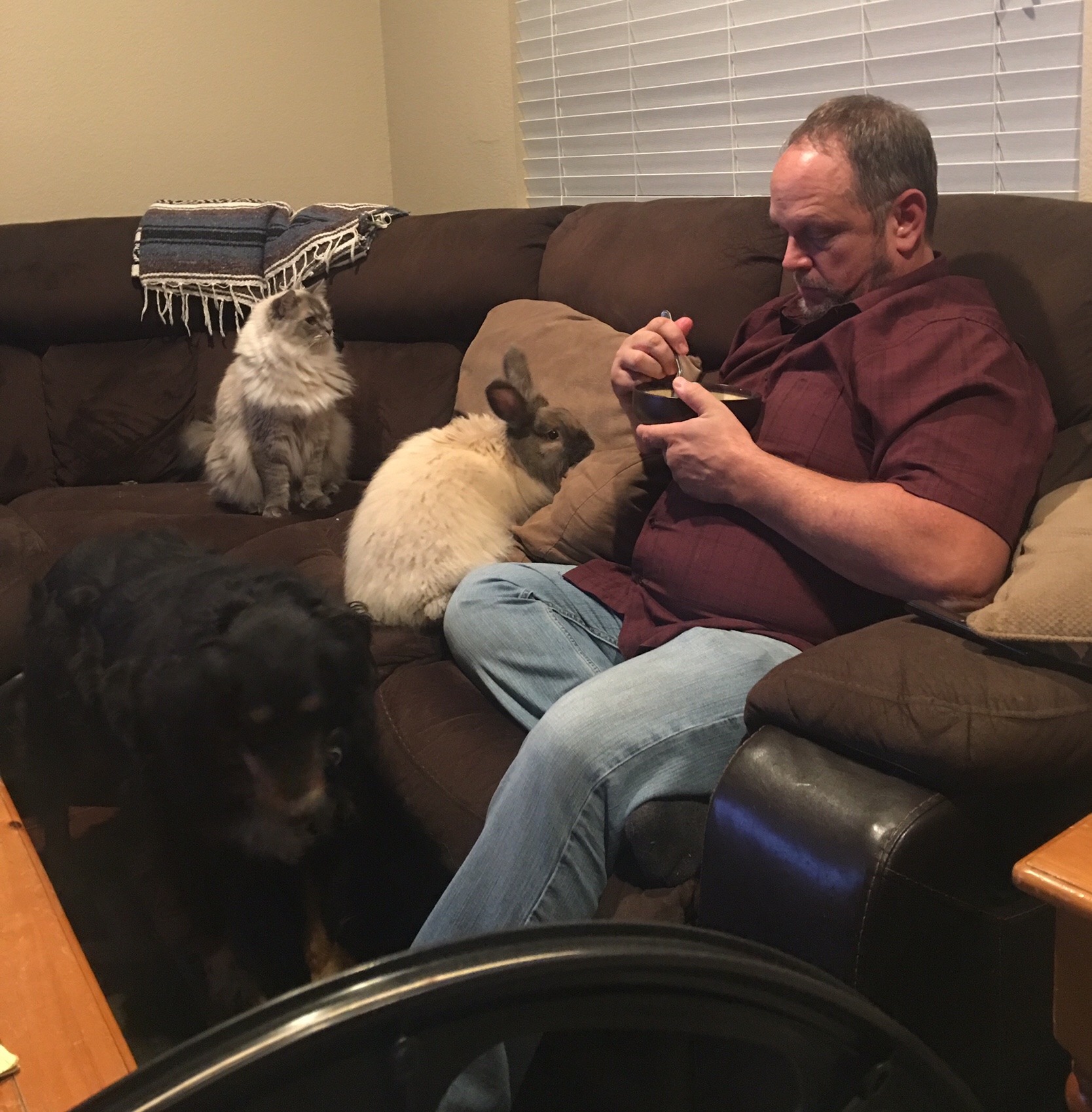 Since the two house rabbits pre-date the cat, Noah has grown up around rabbits running loose. He’s used to hanging around the smaller house bunnies, but when the German Angora rabbits were introduced, he was a little more cautious. While Noah is a Ragdoll cat, which is not a small breed, the German Angora Rabbits are really large. Wisely Noah doesn’t try to play with them. Although he’s absolutely fine just hanging out with them. 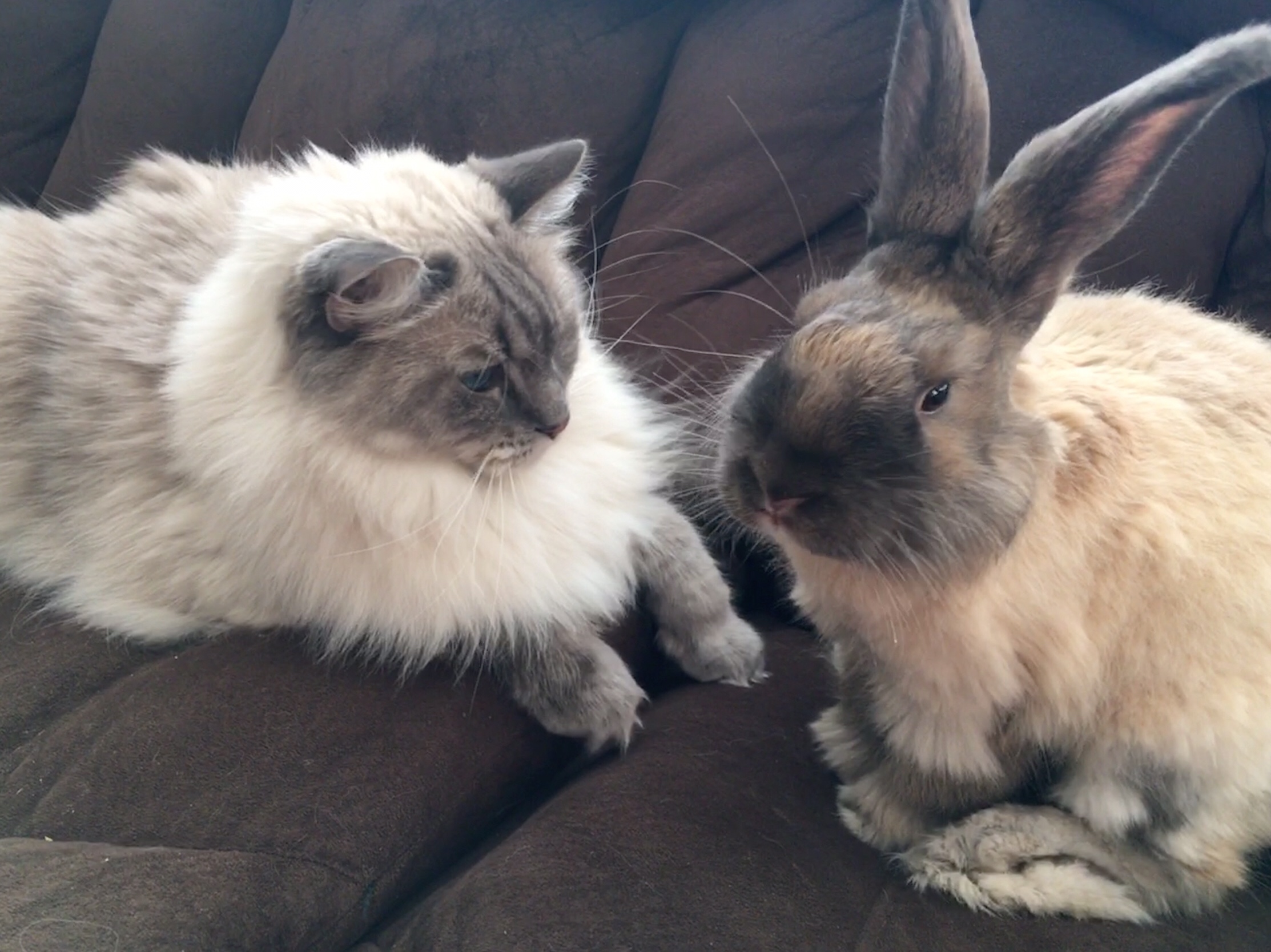 Bear came in at five months old, so not full size, but with a full size personality. Out of everyone, he is definitely the one in charge. Not only has the cat given up and walks away when bear decides to sit on him, but bear regularly chases even the dogs out of the room, nudging them until they get up and leave.

Since the dogs were full grown and moved in only a few years ago, the fact that they learned to peacefully live with rabbits running loose still amazes me. Honestly, I think they just don’t know quite what they are or what to make of them. Except that they quickly figured out that these fuzzy, hopping creatures are wonderful Pez dispensers. And, if you watch them long enough, they will magically leave a coco-puff type treat. While not so popular with the humans in the room…it’s proven a favorite canine pastime to try to sneak one of these magic 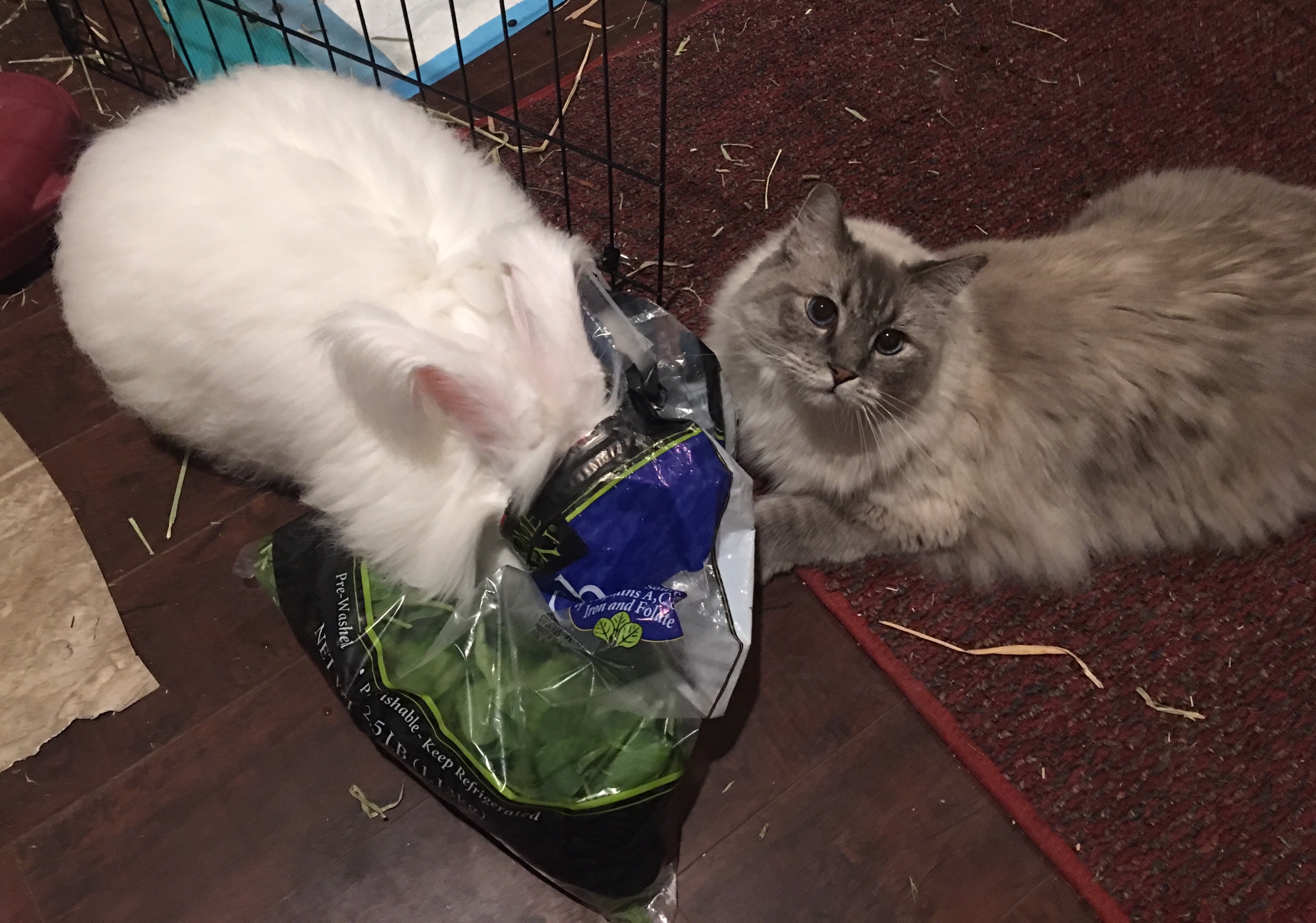 treats as the bunny hops away.

Actually, it’s a pretty great way to spend the day, if the fiber studio watching them all interact. 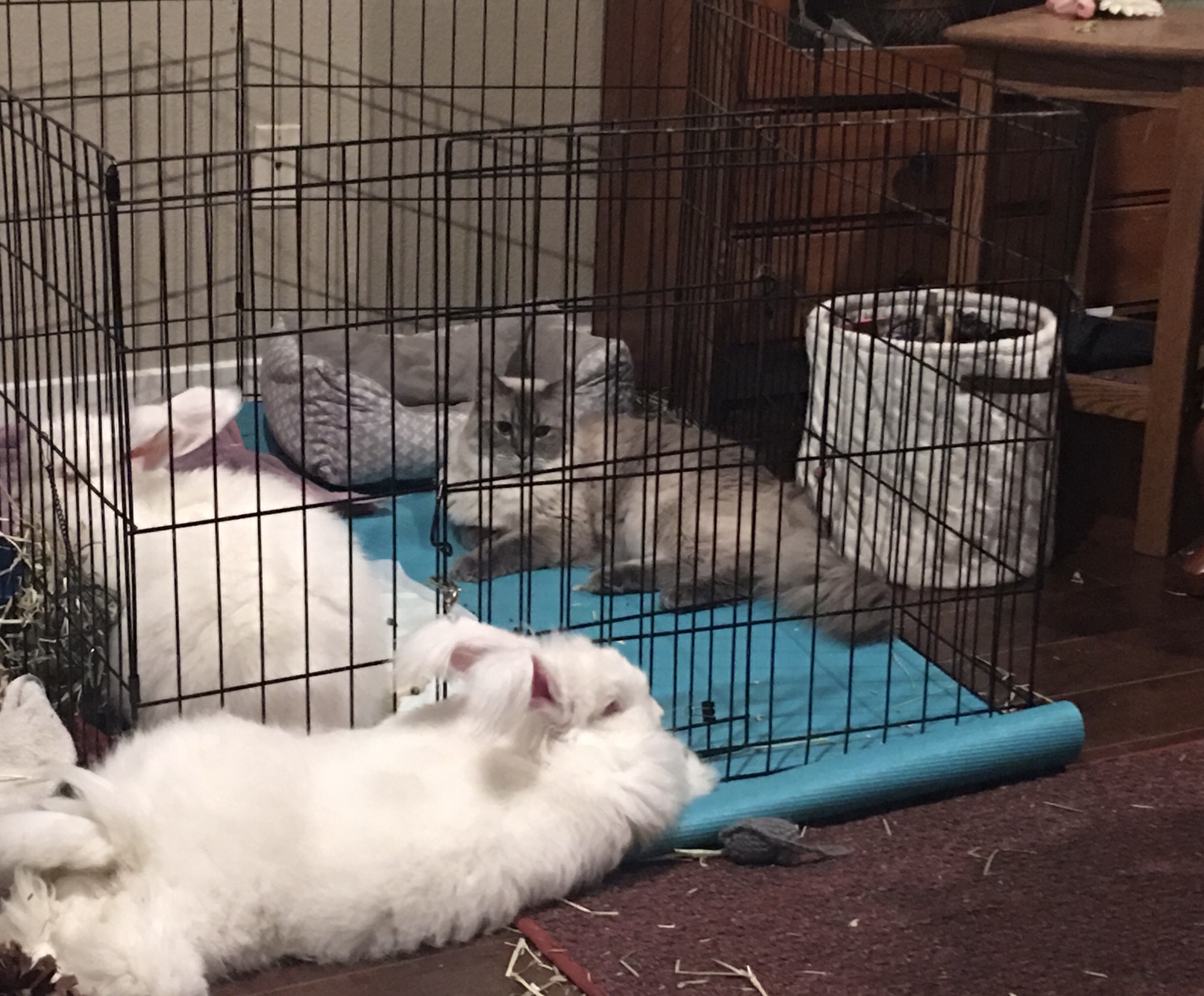